Every hunter looks forward to Fall because it’s that season when they all go out with their brethren who share the same passion. Deer Camps are done yearly and is already considered a tradition. It’s almost the same feeling we get during Christmas.

For everyone who participates in Deer Camps, we know that it’s more than just the hunting. Rather, it’s the solidifying camaraderie and feeling of being away from reality which makes us enjoy it. Whenever you’re out with friends and family, it’s best to keep some ground rules to avoid putting a strain on any relationship.

Since you’re out with your friends and family, don’t surprise them by tagging along a bunch of other people with you. Deer Camps are more for hunting and less partying. Consider it as a get-together thing – you wouldn’t want to bring in a bunch of guests that won’t even hunt.

As a rule, it’s best to have no other women in camp aside from wives and relatives. This avoids unwanted situations and drama. Plus, it helps keep deer camps be family and kid-friendly, it promotes healthy relationships that way as well. However, you wouldn’t want to be too exclusive.

To keep your camp fresh and alive, you can permit members to bring a maximum of 1 guest hunter. This avoids overcrowding but allows for new members.

Deer Camps may be for hunting which means firearms will be present. That’s why everyone should be aware of and exercise maximum safety measures. Whenever you’re not on the field, keep your guns unloaded. This avoids accidents as well.

Nobody wants to have an ambulance rushing to and from the Camp. Furthermore, it’s best to store the unloaded guns in a locked safe when not in use. This is a basic Firearm Safety Rule which needs to be practiced.

When the time has come for hunting, to truly feel the event, you should hunt on foot. Deer Camps are a place where you can be old-school. No cars and shortcuts. It’s more rewarding that way as well.

Though Trucks and Camper Vans can be parked nearer to the camping site, it should only be used for storage. Other cars should be parked away on the designated slots which are far from the site.

While you’re out in the woods, there’s always a chance that you might get lost or may be in need of help. When you’re faced with this situation, they say a good distress signal is to make 3 shots in intervals of 10 seconds each. It’s good to have this in place so members are safe.

If you’re on the other end, always be alert of this kind of shot. It’s set that way so anyone can easily identify between a call for help and a poor marksman.

This rule is out for ethical reasons. You may not believe it, but some hunters claim kills of carcasses they just find laying around and add it to their score. To keep the scoring fair and avoid problems, you can only tag deer you’ve shot. You need to be aware of other hunters and don’t try to steal their kills. You need to be able to identify what you’re aiming at.

Deer Camps are hunting events for the sake of sports and passion, not extinction. This is why members are also limited. Imagine if there are a lot of hunters out in a certain section.

You might be happy and brag about your trophy heads but the deer are already not enough for the next season. For best practice, kills must be limited to 1 doe and 1 buck per member.

The number can be adjusted depending on the games but the idea is to limit the number of kills to the bare minimum for each member.

The best part of participating in a Deer Camp, next to hunting, is the Happy Hours. This is where you’re able to share stories with other hunters and enjoy in the presence of alcohol. Before that though, this is also the part where you can show off your axe & hatchet.

You must first setup a campfire where everyone can gather around and have fun. However, if everyone’s too tired for manual splitting, you can just bring along a log splitter.

Take note: this activity must only be done when all firearms are unloaded and locked away. This is to prevent incidents we might regret. It must also be held after hunting hours only to avoid disoriented incident and drunk hunting.

Deer Camps should feel like your home away from home. However, you shouldn’t be too comfortable to the point where you just watch others cook, clean, and manage the chores.

Remember that you’re with other families and it’s best to share the common load. Finishing chores together strengthens your bond with the other hunters as well. Plus, you’re there to hunt and it’s best to have the decency to leave the place as if there were no guests around. 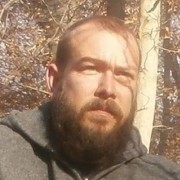